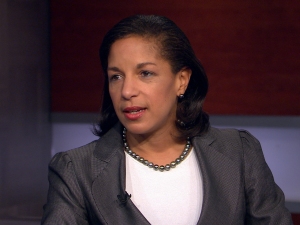 In my time, I’ve seen most women, especially minority women Democrats rejected, verbally attacked and the content of their character assailed by these right wing Republican “Dixiecrats”. Senators like Lindsay Graham defends that slave-owning rag they call the Confederate Flag. It took the nomination of Barack Obama for President before John McCain claimed he was wrong for 25 years in voting against the Martin Luther King national holiday resolution passed through the Senate. They attacked Anita Hill and assailed the content of her character just to place an unqualified “Uncle Thomas” on the US Supreme Court. They went after a very qualified Lani Guinier for Attorney General because she is a Civil Rights Activist. They verbally attacked Hillary Clinton as First Lady because she championed causes and spoke out and dared not to act like a Republican Stepford Wife.

Both Lindsay Graham, John McCain and others put Sonia Sotomayor through the mill for saying “I would hope that a wise Latina woman with the richness of her experiences would more often than not reach a better conclusion than a white male who hasn’t lived that life”. What did Justice Sotomayor say that wasn’t true, especially considering they are the very same white males of which she speaks? Condoleezza Rice was nothing less than inept as secretary of state, yet the very same “Dixiecrats” dare attack a scholar like Ambassador Susan Rice. And now, that Ambassador Rice has withdrawn, we get both John McCain and Lindsay Graham hypocritically wishing her well and respecting her decision – those dirty bottom dwelling bastards. I’m not going to stand on eloquence to express how loathsome these bigoted bastards really are. I’m going to call them for what they are, dirty women hating (expletive deleted).

Read about the Republican response at http://firstread.nbcnews.com/_news/2012/12/13/15889339-republicans-give-measured-response-to-rice-withdrawal?lite