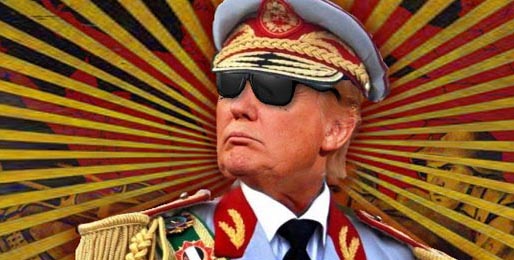 In 2015 I wrote a piece entitled Dangerous Donald. Who would have known that this piece would become so prescient. I alluded to the toxicity of Trump’s rhetoric, and his blatant hostlity and bigotry against specific groups. Although I got the outcome of the election totally wrong, as most of us did, I saw something back then that has only been made manifest in the era of the trump regime.

The time is now for the people to stand up against the fascism of the Trump regime. Whether it be attacks against the Press, Muslims or an attempt to secure a national registry of voters to substantiate the LIE about voter fraud, fascism has come to America. Its face is Donald Trump, but its body is white nationalism also known as the Alt Right. That moniker is just another obfuscation of hatred against anything not white in the USA, and it is as old as slavery and the KKK.

There is enough evidence on the table already from public record that Trump likely colluded with the Russians to steal the 2016 presidential election. Recent reports have revealed that Russians not only successfully deployed a propaganda campaign against Hillary Clinton via WikiLeaks and hacked into the DNC, but they more than likely tampered with voter rolls in up to as many as 20 states.

Now we have the latest offense from the GOP, a most inhumane, draconian so-called healthcare bill in an attempt to repeal and replace Obamacare (the Affordable Care Act). This GOP bill in its present form will do tremendous damage against many Americans, and the CBO estimates approximately 23 million Americans will lose HealthCare coverage as a result. Is this trump making Anerica great again, or just sicker? Are Paul Ryan and Mitch McConnell practicing Ayn Rand inspired eugenics on Americans?

My current prediction, and I hope I’m wrong, is that trump, and his cult following, will spread and foment propaganda that projects violent intent upon the Left, Progressives and Democrats. The fact of the matter is that terrorism is being perpetrated by white nationalists upon black people, Muslims and those who stand up for targeted groups. Cases in point, the murder of Richard Collins, a Bowie State University student on the campus of the University of Maryland. He was stabbed to death by a white nationalist for refusing to step aside. Then there is the murder of two men who defended Muslim women on an Oregon train.

Like it or not this is the reality of the trump era. The perfect storm of events has yielded trump in the White House, a second rate reality TV personality, con artist, misogynist, and grifter. His primary goal is not to create jobs for the American people, but rather try to destroy all that Barack Obama attempted to do to truly make America great. If true democracy looks like resistance to tyranny, then we had better immediately and relentlessly reflect that image. #RESIST! 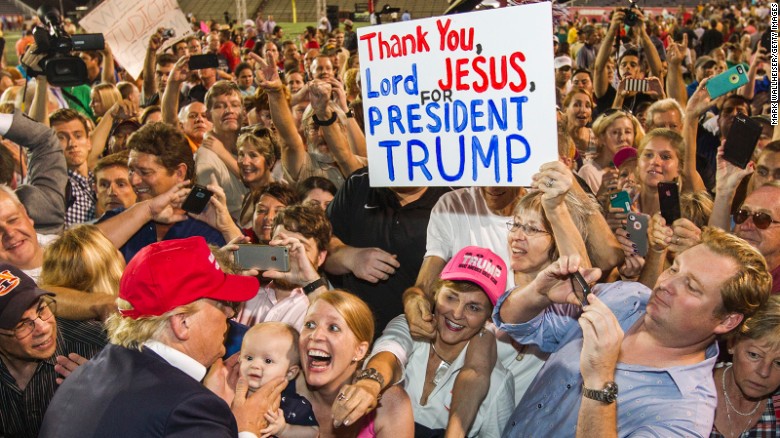 The Washington Post proves that Trump voters really are quite crazy. Remember, during the GOP primaries, Donald proclaimed that he loved the “poorly educated”. The Donald’s campaign was far more about hate and malice than whether or not the electorate was educated, but it is quite clear from the results that ignorance is not bliss.

Trump supporters choose to live in a bubble, an alternate reality, a world that is white male dominant and supremacist under the guise of religious freedom. These are the same people that rail against Islamic Sharia law, while imposing their perverse brand of so-called Christianity upon America. This is nothing new after all. Christianity was used to justify slavery, then Jim Crow and now the fool who just won the White House. 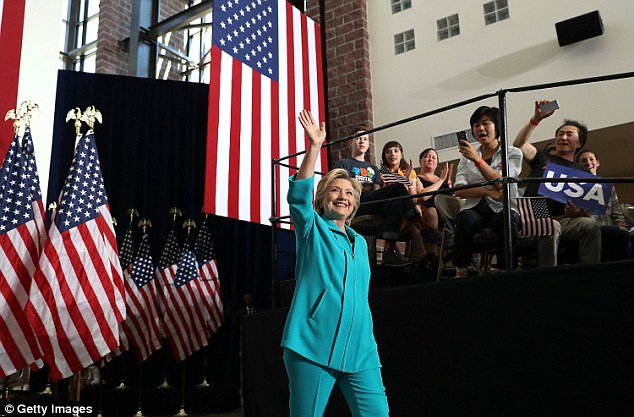 Thank you Hillary Clinton for the speech you delivered at your really in Reno, Nevada! It takes a lot of courage for someone to make a speech that exposes the racist underbelly of the United States of America. During Hillary’s presidential campaign and throughout most of her public life, she has reached out to, worked with and supported black Americans. In her early career, she went door-to-door in my hometown in Massachusetts while working with the Children’s Defense Fund. Her methodical indictment of Donald Trump’s rhetoric and marriage to the white supremacist hate movement in America was powerful and effective.

Last August, I wrote a piece called Dangerous Donald, and my assertions could not have been more prescient. Many in the press, and in politics did not take Donald’s run for the presidency very serious. But, here we are a year later, and he’s the Republican nominee. He’s destroying the GOP with every racist word and misdeed, and it is well-deserved.

I applaud Hillary Clinton for making this speech at this particular moment in her campaign for the presidency especially since ‘thedonald’ has made his so-called  “pivot” in an effort to soften his image while disingenuously courting the black vote, and picture this, to all-white audiences using every stereotypical, dog-whistle talking point that he can muster. I repeat, Trump is dangerous, and not just to black Americans, but all Americans, and to the world at large.

Now the media and scared GOP politicians want to sanitize the white supremacist mob that has taken over their Party with the ascendancy of their nominee. In doing so, they use the term Alt-Right. The Southern Poverty Law Center defines the alternative right.

The Alternative Right, commonly known as the Alt-Right, is a set of far-right ideologies, groups and individuals whose core belief is that “white identity” is under attack by multicultural forces using “political correctness” and “social justice” to undermine white people and “their” civilization.

What I know, racism and hate under any name is still racism and hate. We need to call out this evil, divisive hate whenever it rears is ugly head. I’m glad that we have at least one responsible, qualified presidential candidate in Hillary Clinton to speak out against white supremacists as they attempt to stage their coup against the American people.

Whatever points Nikki Haley made on the national stage after the assassination of State Senator, Reverend Clementa Pinckney and the cold-blooded murder of eight congregants of the Mother Emmanuel AME Church have been lost with her premature, yet emphatic defense of the most recent black church burned in Greeleyville, South Carolina. Mt. Zion AME Church was burned to the ground on June 30, 2015. A total of eight black churches have been burned since the murders at Mother Emanuel on June 17th.

MSNBC questions the assertions made by the South Carolina Governor, Nikki Haley, that the church was struck by lightning. Joy Reid of MSNBC reports that the investigation is still ongoing by the local fire department, and that a determination has not yet been made of the origin of the fire. The MSNBC Black Churches Burning  video details the latest in this ongoing terrorist attack upon black churches in the south.

I absolutely do not believe Nikki Haley’s feigned tears at the loss of nine precious souls on June 17th at Emanuel AME Church. As an Indian American, it is clear that Nikki Haley has adopted the rhetoric, demeanor and denial of malicious racism perpetrated by southern white supremacists in order to maintain her power seat.

I still marvel that black Americans choose to live in southern states.